Cat Asks Her Savior To Let Her Out So She Can Take Her To Her Injured Baby! 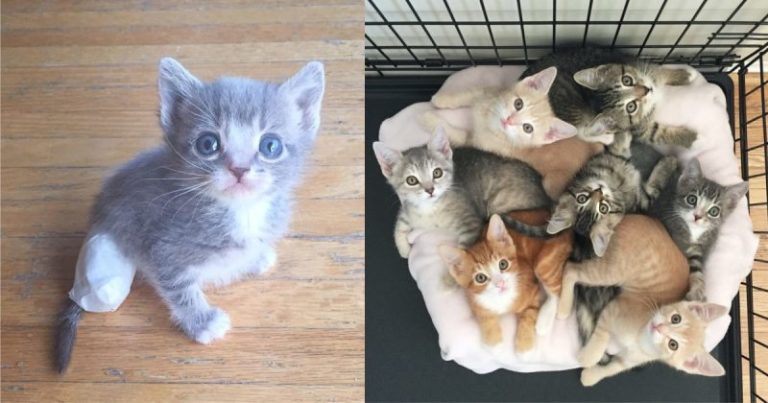 There is no love stronger than a mother’s love, and this applies to all species. A mother will never be at rest knowing that her children are in danger and want assistance; they will constantly be concerned about their safety.

This mother cat was saved with her two kittens by a good Samaritan who discovered her existence. When she was carried to safety, though, the mother couldn’t keep her cool and begged her hero to let her out.

It occurred in Port Coquitlam, British Columbia (Canada). According to the individual, the mother refused to calm down and demanded to be allowed out, so she left her to check what she was doing. 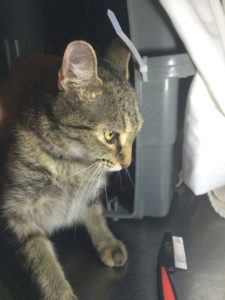 CREDIT: VANCOUVER ORPHAN KITTEN RESCUE ASSOCIATION
The cat fled and entered a garage near where she had been rescued, leaving with another baby in her jaws; the mother returned four more times, and she had seven lovely kittens in total.

She was the only one who knew of her babies’ existence; she had to protect them, and she didn’t stop until she had them all by her side. 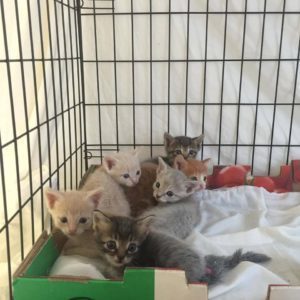 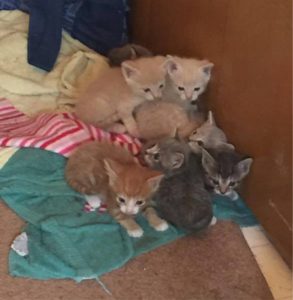 CREDIT: VANCOUVER ORPHAN KITTEN RESCUE ASSOCIATION
When rescuers arrived, they discovered that one of the newborns had an issue with one of his hind legs and required immediate treatment.

The kitten had an infected paw, and they gave him all the care he needed, but he lost a part of it. Dipping his paw in a liquid that helped speed healing was part of the treatment for his rehabilitation. 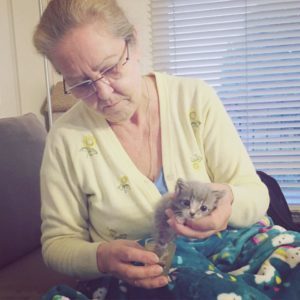 “Because of his magnificent silver fur, he has been fondly dubbed Long John Silver! Nothing can stop him, despite the fact that he is missing a portion of his rear leg!” 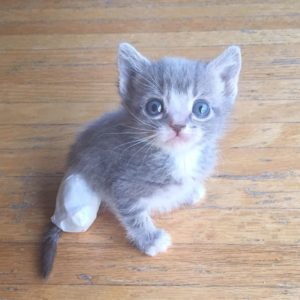 CREDIT: VANCOUVER ORPHAN KITTEN RESCUE ASSOCIATION
The adorable kitty is already doing much better and walks on three legs like an expert.

The lovely cat was named Sassie, and thanks to her and her mother’s affection, these seven babies have a better life, and we hope they will be adopted by a family that will fall in love with them. 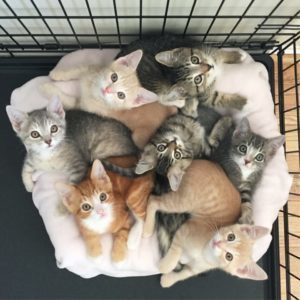