This Military Dog Refuses To Let His Trainer Leave After Being With Him For Two Years! 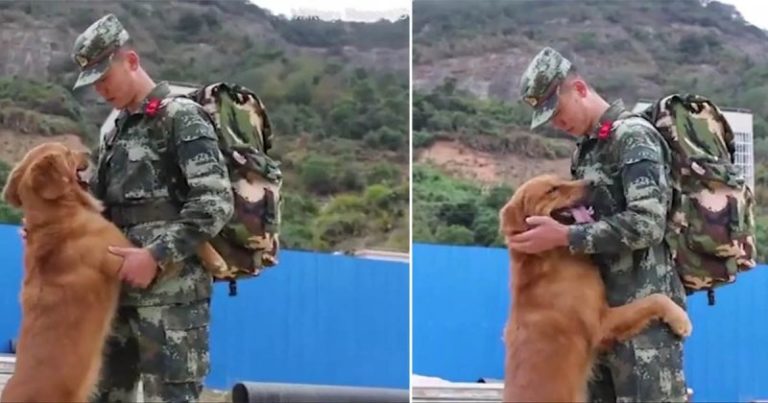 An officer in China recently had an emotional moment while retiring from the military. When Jia Chuan was set to retire, his canine buddy, Da Mao, a Golden Retriever breed military search and rescue dog, refused to leave his side and raced to his side. The dog wept as he saw his beloved coach drive away.

Da Mao had grown inseparable from his coach. According to the Daily Mail, this team worked together for a little more than two years, but after serving in the Chinese army for eight years, Jia Chuan was to retire. 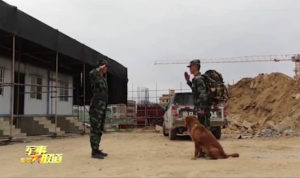 The farewell of two close friends and coworkers was a terrible moment for both of them, and it was captured in a touching video. Da Mao may be seen racing after his companion and encircling him with his paws in an attempt to keep him from fleeing the barracks.

Da Mao was Jia Chuan’s first search and rescue dog, and they built a strong friendship over the course of their two years together. After passing over Da Mao to his new trainer and companion, the soldier kisses his partner one final time before leaving the barracks for good. 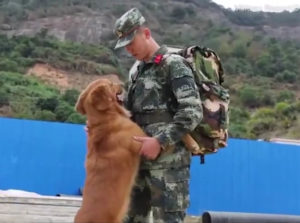 The lovely golden couldn’t stand seeing his long-term companion go away and went back to his side.

Even as his new trainer tried to take him away, Da Mao still wanting to go towards the soldier as he walked away. 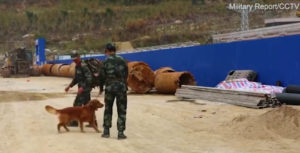 After being uploaded on social media, this video became viral and affected many people, some of whom even demanded that the dog be returned to his previous lover; one of these remarks read:

“Everything is known to the lovely puppy! Best wishes to the veteran.”